The bushfire that raged across parts of Australia in 2019-2020 released an estimated 715 million tonnes of carbon dioxide into the air. While the fire proved detrimental and fatal to the animals and plants in the area, it proved to be vital for an ecosystem
thousands of miles into the Southern Pacific Ocean.

Smoke from the deadly bushfire that was rich in nutrients infused the waters with iron, feeding microscopic plants with phytoplankton which then absorbed carbon dioxide equivalent to 95 percent of the fires’ emissions.

In a series of research papers, scientists have studied the massive amount of carbon dioxide that has been released into the air and its impact on the surrounding environment amid growing threats to the planet from climate change and warming. climate. Researchers used European satellites to shed light on the complicated ways the Earth is responding to climate change at a time of worsening forest fires.

A bushfire that killed a billion animals

Australia is no stranger to wildfires, however, increasing drought conditions due to global warming are leading to more and more bushfires, and the 2019-2020 bushfire was one of the worst in its modern history. The local administration estimated that the fires had burned 1,860,000 square kilometers in area, destroying more than 5,000 buildings and killing more than 400 people. More than a billion animals have perished as a result of the bushfires, with several endangered species threatened with total extinction.

Researchers have now estimated that the bushfires in southeast Australia released 715 million tonnes of carbon dioxide into the air, more than double the emissions reported by fire emission inventory datasets. The bush fire destroyed up to 74,000 km² of mostly eucalyptus forest, approximately 2.5 times the area of ​​Belgium. The European Space Agency (ESA) said in a statement that previous estimates of the global forest fire emissions inventory datasets based on satellite fire data and modeled amounts of standing biomass suggested that the fires released an average of 275 million tonnes of carbon dioxide between November 2019 and January. 2020.

The new estimates are 80% higher than normal annual emissions from bushfires and fossil fuels in Australia. (Photo: AP)

“However, the new analysis indicates that this figure was a gross underestimate,” he added. The researchers used data from the Tropomi instrument aboard the Copernicus Sentinel-5P satellite to get a more precise figure of the destruction caused by the natural disaster. They used data on carbon monoxide levels in the atmospheric column to calculate a more detailed estimate of carbon monoxide emissions from bushfires.

The new estimates are 80% higher than normal annual emissions from bushfires and fossil fuels in Australia.

SAVIOR OF THE SEAS

As the new estimates boost the numbers, the bigger question remained: where did all these carbon dioxide emissions go? Researchers in an article published in the journal Nature documenting the true impact bush fires. While it has killed billions in Australia, the smoke from it has acted as a source of life thousands of miles away.

The researchers found that aerosols generated by Australia’s record bushfire season were “sucked up” by a massive phytoplankton bloom in the southern Pacific Ocean. The nutrient-rich plumes were washed away by the ocean and within days these aerosols infused the waters with iron, a nourishing phytoplankton. 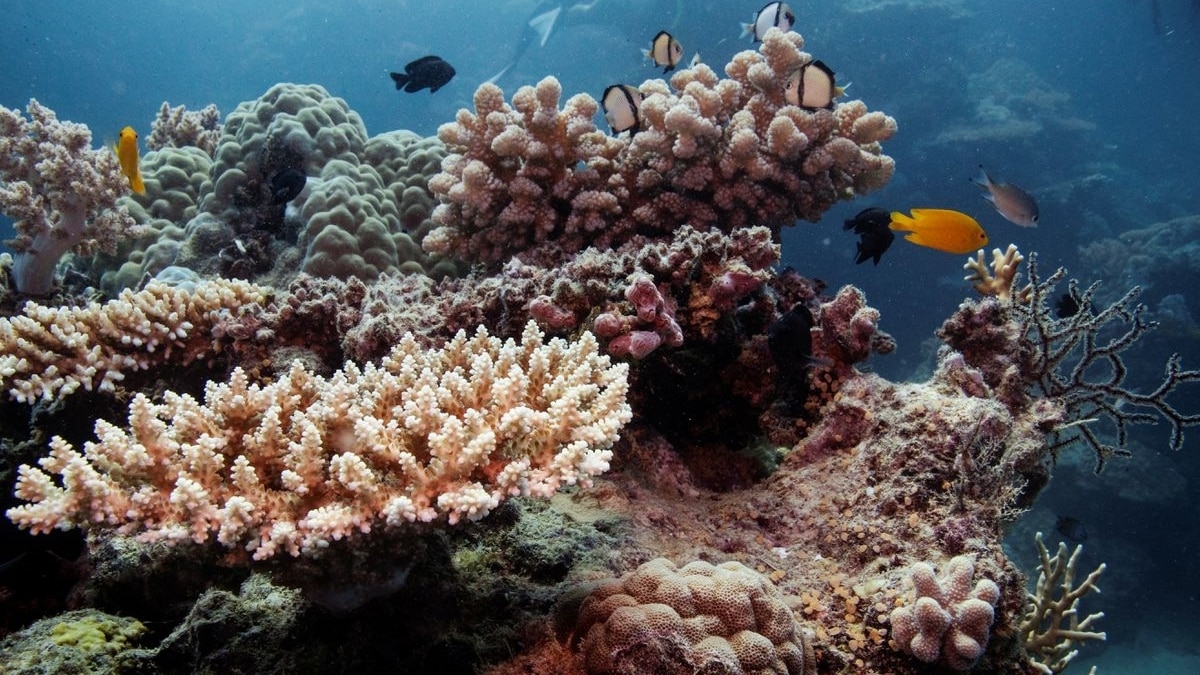 Scientists have studied the massive amount of carbon dioxide released into the air and its impact on the surrounding environment. (photo file)

The researchers said the phytoplankton response to the fallout from the Australian wildfires was impressive in terms of both its geographic extent and the magnitude of the anomaly.

It will be interesting to see if ‘mega-flowers’ like these become more common and what the ecological impacts of such blooms might be, as forest fires and other extreme environmental events become more common due to climate change.